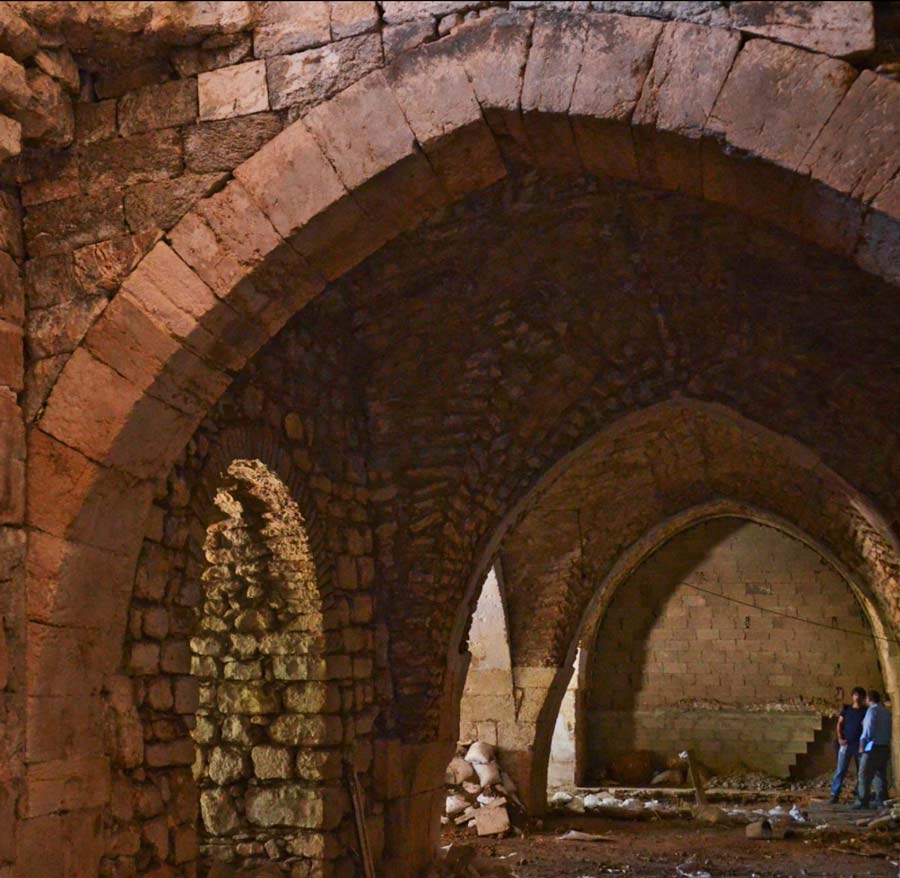 SOSJ is a Christian, chivalric, ecumenical and international Order. We embrace the UN Declaration of Human Rights and there is equality amongst the membership at all levels. More historic details, a video and references are contained on our website —

The history Of our mission

The origin of the Order of St. John of Jerusalem began in the 11th century when merchants from Amalfi in Italy opened a hospital around 1048 in Jerusalem dedicated to its Patron, St. John the Baptist. The hospital complex once covered some 3.7 acres (1.5 hectares). This ancient facility had separate wings dedicated to treating different conditions with up to 4 experienced doctors qualified to examine urine, to diagnosis diseases and to assist with the prescription and administration of medicines. Thus, the beginning of triage. Archaeologists say that the hospital could handle up to 2,000 patients in an emergency.

Staffed by Christian monks it ministered to the sick and poor of all origins and faiths, Christian, Jew, and Muslim alike. In every ward nine servants were appointed to wait upon the sick and the poor, wash their feet and heads, cleanse their garments and bed linens, prepare the food they required and to give them fluids to maintain their hydration levels. These things and more contributed to a superior survival rate. OSJ was also noted for its advancement in surgical and medical techniques over the centuries. Their charity also included receiving and supporting abandoned children and they provided food, clothing, and shelter to the elderly and homeless. The hospital’s original connection to Amalfi is reflected in the adoption of the eight-pointed Amalfi cross as the emblem of the Order. Today, the Knights and Dames of the Order have a strong sense of its history and Hospitaller traditions.

The core mission of providing hospitals, care, and spiritual ministry to the sick and the less fortunate, regardless of creed, nationality or financial status has endured for nearly 1,000 years while adjusting to contemporary values.

MISSION: To create and deliver benefits for the Lord’s sick and less fortunate. The Dagmar Commandery and its Fond supports and helps to deliver hospice and palliative programs and services in Denmark.

VISION: To build a Centre of Excellence in Pediatric Palliative Care thereby ensuring that Denmark is a country where pediatric and palliative care is provided to every child diagnosed with a terminal illness; that they and their families receive the therapeutic, counselling and respite care as required, and where a natural death is dignified, peaceful and in keeping with our Lord’s love for his children.

This website uses cookies to improve your experience while you navigate through the website. Out of these, the cookies that are categorized as necessary are stored on your browser as they are essential for the working of basic functionalities of the website. We also use third-party cookies that help us analyze and understand how you use this website. These cookies will be stored in your browser only with your consent. You also have the option to opt-out of these cookies. But opting out of some of these cookies may affect your browsing experience.
Necessary Altid aktiveret
Necessary cookies are absolutely essential for the website to function properly. This category only includes cookies that ensures basic functionalities and security features of the website. These cookies do not store any personal information.
Non-necessary
Any cookies that may not be particularly necessary for the website to function and is used specifically to collect user personal data via analytics, ads, other embedded contents are termed as non-necessary cookies. It is mandatory to procure user consent prior to running these cookies on your website.
GEM & ACCEPTÈR